How to get rid of mould on walls – naturally, easily and efficiently 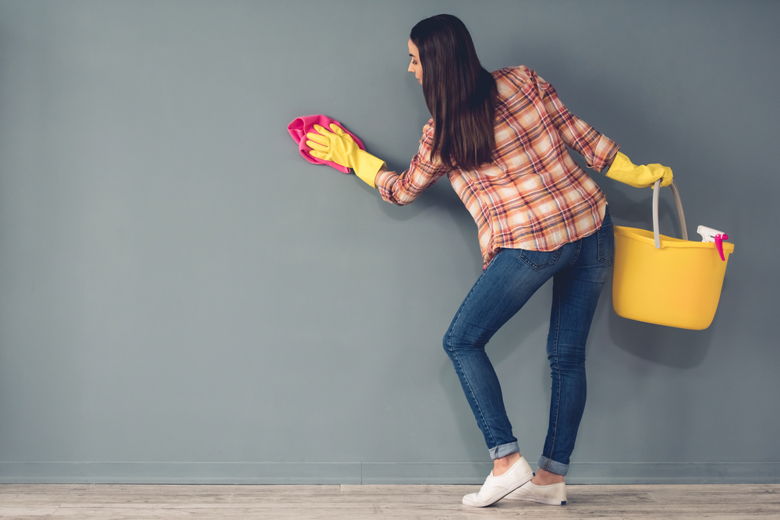 It is well known that mould is not only aesthetically unpleasant, but more importantly it can be very harmful to your health.

There are two ways you could choose to tackle the mould in your house: chemically or naturally.

Removing mould with chemicals might be efficient but it’s not great for the environment or for people in general, so it’s best to try natural remedies first. Here are 3 natural mould removers that will clean both your walls and your lungs.

Said to remove 82% of the mould, white vinegar is something most people have in their cupboard. To use it, put some in a spray bottle, spray it on the damaged wall and wait for about an hour. Then using a cloth, or a brush, dipped in warm water, rub off the mould.

Some say this is actually the most effective way to remove mould naturally. You will have to add about 15 drops of the oil into a spray bottle, mix it with water and apply it to the mouldy area. Let it sit for a good two hours and then wipe the mould away. Easy peasy!

Also an ingredient many of us will find in our cupboard. While it might sound surprising to some, Vodka contains 40% alcohol, which makes it great for cleaning. So if you have some cheap Vodka laying around, why not use it to remove the mould in your house? This time you don’t need to add water either, just pop it into a spray bottle, spray it all over the area and leave it for an hour to do its magic.

If you don’t have any of the ingredients required to remove mould naturally, or you just prefer to do it this way, this is how you remove mould in three steps using chlorine bleach:

1. Make a concoction of 1 part bleach to 3 parts water and put it in a spray bottle

2. Using a brush or a cloth scrub the area clean

3. Rinse the area with water and let it dry

Whether you chose to remove the mould naturally or chemically, Rub and Scrub suggests you use plastic gloves and a surgical face mask to cover your nose as the mould can be very harmful if you breath it in.

After getting rid of mould using the methods above, these are a couple of ways of making sure it stays away for good:

• Make hope you ventilate your home properly, especially your bathroom after showering.

• Try not to dry your laundry inside especially if you don’t have a good ventilation system.

• If the temperature inside your home is extremely different to the one outside, condensation could form, which will result in mould.

• In order for mould to thrive, it needs dust and/or dead skin cells so if you want to prevent it from reappearing make sure you hoover and dust regularly. Check our guide on ‘How to keep your room clean’ for some easy tips.

• If you have a leaky roof or pipes, make sure you repair them immediately as the humidity produced by them will produce mould.

Don’t hesitate to contact us if you have any questions, mould related or not.